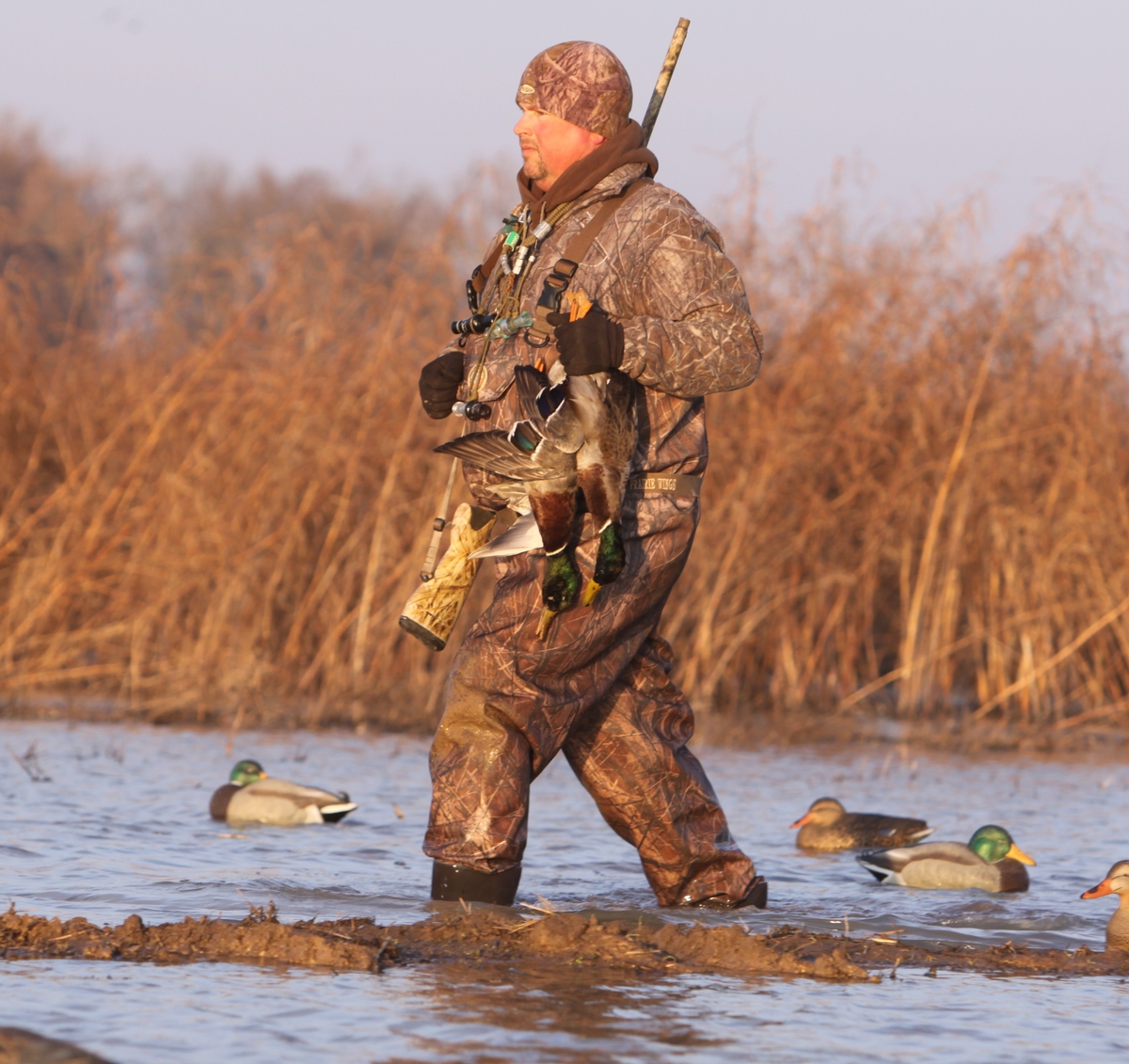 Hunter Johnson was born and raised in duck country. As the son of a Game Warden growing up in a small town in central Arkansas, hunting and fishing is a way of life rather than a hobby. Hunter was no exception, he was spending time at deer and turkey camp before he could walk and was given an old single shot .410 at age 4. He was too young to hunt with the big boys at the time, but that old .410 was deadly on the squirrel and rabbit and even caused the death of a few ol mallard ducks throughout the years. Eventually Hunter and his family moved to Southeast Missouri where Hunter worked on the farm and finished high school. Later, Hunter started an excavating business, and once it was operating successfully, he took on a 4000 acre duck lease and established MoDucks Duck Club and Locked Wings & Labs Guide Service where he leased hunting properties and guided waterfowl hunters for 14 years during the fall and winter when his excavating business was slow. In 2010, Hunter left MoDucks, sold his excavating business and moved back to his roots in central Arkansas. Today, Hunter resides near the town of Searcy, AR with his wife Dana, his son Jesse and step son Devon and continues to make his living in the outdoors where he owns and operates Gumbo Calls, commercial fishes, traps beaver and guides waterfowl hunters.